The Business of Writing Part 2 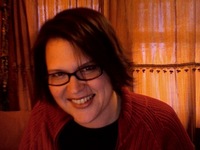 Heidi Cullinan has always loved a good love story, provided it has a happy ending. She enjoys writing across many genres but loves above all to write happy, romantic endings for LGBT characters because there just aren’t enough of those stories out there. When Heidi isn’t writing, she enjoys cooking, reading, knitting, listening to music, and watching television with her family. Heidi also volunteers frequently for her state’s LGBT rights group, One Iowa, and is proud to be from the first midwestern state to legalize same-sex marriage.  http://www.heidicullinan.com/ 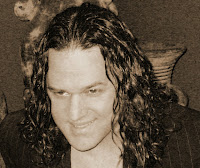 Ethan lives in . He is currently single but always looking for that special someone that makes his heart skip a beat. He was the youngest of four children and the only boy. After a few stints in college, he eventually signed up for a Creative Writing Course. He took the class because there were no tests. For once his scholastic laziness paid off, and he found an outlet for all the fantasies running amuck in his head. It was love at first write, and he’s been doing it off and on ever since.   http://www.ethandayonline.com/

dodges an EDJ, mothers four children, and writes the occasional book. She, her brood, and her beloved mate, Mack, live in a crumbling mortgage in , which is riddled with spiders, cats, and more than its share of fancy and weirdness. Feel free to visit her at http://www.greenshill.com orwww.writerslane.blogspot.com, where she will ride the buzz of receiving your e-mail until her head swells and she can no longer leave the house. 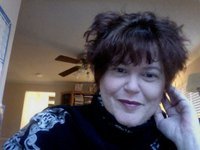 Z.A. Maxfield is a fifth generation native of , although she now lives in the O.C. She started writing in 2006 on a dare from her children and never looked back. Pathologically disorganized, and perennially optimistic, she writes as much as she can, reads as much as she dares, and enjoys her time with family and friends. If anyone asks her how a wife and mother of four manages to find time for a writing career, she’ll answer, “It’s amazing what you can do if you completely give up housework.”  http://www.zamaxfield.com/

Marie Sexton lives in . She’s a fan of just about anything that involves muscular young men piling on top of each other. In particular, she loves the Denver Broncos and enjoys going to the games with her husband. Her imaginary friends often tag along. Marie has one daughter, two cats, and one dog, all of whom seem bent on destroying what remains of her sanity. She loves them anyway.  http://www.mariesexton.net/