It’s Greek to Me!

Here’s a little known Poppy fact for you: my first college major was Latin, Greek, and Ancient History. Since my early teens, I’ve been fascinated by the ancient world. Mythology in particular drew me in. I loved the stories of gods an goddesses. What intrigued me the most? They weren’t perfect. 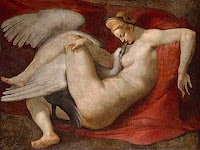 These seemingly all-powerful beings made mistakes. They did things that were bad. They did things that had my younger self going…Huh? Take for example the tale of Zeus and Leda aka Leda and the Swan. That naive young girl thought “wait, Leda had sex with a swan?!?!”. Ah yes, the titillating nature of mythology.

Add to that the fact that the coupling produced the now infamous Helen of Troy? Yeah, I was beyond drawn into that world and all of it’s merry adventures.

I couldn’t get enough. Once I made it to college, I continued my studies. When the opportunity came up for me to spend a summer working on an archaeological dig? I jumped at the chance. Six weeks in scorching heat with a toothbrush in hand cured me of my desire to be an archaeologist, but my love for Greek culture became ingrained in me. Even now, when I look for inspiration in my writing, I think about those myths and legends. 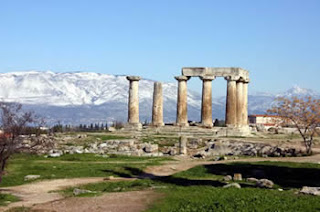 The other amazing thing about that trip was realizing how small I was in the scheme of things. Sounds crazy when I try to put a name to it, but when you stand on the very spot where the Apostle Paul visited? And thousands of years passed between us? Kinda takes your breath away.

I spent quite a bit of time at the Temple of Apollo in Corinth. There’s not a lot left of it, but imagining what came before, what the temple complex would have been like in it’s prime? Just whoa. Words can’t describe. 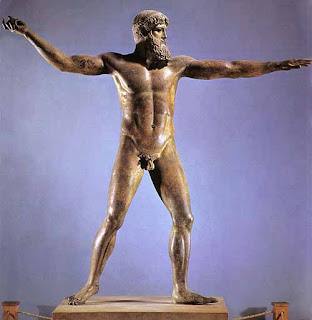 Now, I can’t really talk about my trip to Greece without revealing that I quite enjoyed the artwork. Oh, come on. You know I had to go there. Some of those statues are so stunning that I could have stared for hours. Like this one of Zeus (or Poseidon, I guess there’s some argument on who it is).

I’d never seen something like that before. I wasn’t the only one affected by him. At the museum, people would come into the room where they housed this statue, and just stop.

The giggly girl part of me says it’s cause he’s nekid and everyone was checking out his bits and bobs. The grown up in me understands that when you see true art, something so beautiful it makes you stop and actually appreciate the talent that goes into making something so spectacular that an entire room of people have to stop, that it’s a moment you’ll remember forever. 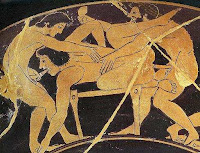 Those eight weeks are some of the best of my life. I learned that summer, about myself and who I was and wanted to be. I learned that different is okay, that there are things bigger than me in the world, but I’m still a part of it.My eyes were opened in a few other ways as well. Let’s just say that I learned the meaning behind Hephaestion’s thighs.

Life happened, and I ended up changing my major. But I’ll never forget what I’ve learned from the Greeks and their history.