What can you do with an hour of time and a random prompt? I found out this week with my first entry into the FlashFic Friday blog hop. You’ll have to let me know how I did! 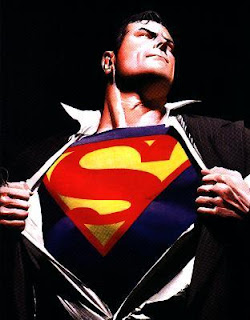 Jonathan shrieked when the stage door slammed closed behind him with a resounding thud. With a laugh at his own foolishness, he gave a furtive glance around the dark alley. Oh good, no one around to hear that. He hefted his duffel bag further up onto his shoulder and began the long walk to the cast parking area.

Being an actor in community theater fulfilled his need for artistic expression on most days. But nights like this, when rehearsal ran long and he had to be up early the next day for his day job, made him wish he could chose one over the other. No such luck. Unless by some miracle an agent from one of the big theater cities showed up in his small Indiana town to discover him, he needed the steady paycheck he brought in being an administrative assistant.

His beat up gray Honda looked abandoned in the parking lot. Luckily, he’d gotten a spot underneath one of the few working floodlights so he didn’t have to worry too much. Then again, some sixth sense told him he needed to hurry and get in the car. Jonathan always listened to that little voice, so he picked up his pace and made a quick dash the last twenty five yards to his car.

The keys trembled for a moment in his hand, but he managed to get the door unlocked. He tossed his bag inside and scrambled in behind it. Once the driver’s door was slammed and locked behind him, he let out a little sigh of relief.

His reprieve only lasted a few seconds. A shadowy figure lurched from the gloom in front of him. Jonathan jammed his keys into the ignition switch and started the car. But nothing happened except for an eerie click…click..click.

“Oh shit, not now Betsy! Start damn it!” He turned the keys again, but the car’s engine still didn’t turn over.

Jonathan looked up again, and the man…oh hell, no way was that a man. What the heck was that thing? Whatever it was, it’s gaze was focused on his car. He gave the car another frantic try, but nothing happened. He grabbed his cell phone from the side pocket of his bag and flipped it open.

The battery warning light flashed at him before the phone shut itself off automatically. “Oh, fuck my life!”

He searched through the car for some type of weapon and came up with the window scraper he used in the winter to remove snow and ice. It wouldn’t do much, but hell, anything was better than nothing.

By the time the creature was close enough for Jonathan to make out it’s glowing red eyes, another figure emerged from the darkness. This one moved like a man, but faster than any man Jonathan had ever seen. He swooped through the empty lot and tackled the beast like one of those huge professional football players.

Jonathan cheered him on, and watched in abject horror as the man pulled a hatchet out of his long black leather coat and buried in the creatures skull with a sickening squelch.

His stomach turned and Jonathan let out a little whimper. Maybe he shouldn’t have eaten those salt and vinegar chips for a snack. They probably wouldn’t taste as good the second time around.

With the monster out of commision, Mr. Hero stood and sheathed his make-shift weapon back in his coat. He turned to Jonathan and asked, “You okay in there?”

Oh hell to the yes was he ever okay. Mr. Hero put Superman’s good looks to shame. His jet black hair had just enough curl to give it the tousled look Jonathan could never manage with his straight blond locks. And dear god in heaven, the man had dimples. Jonathan loved a man with a sweet little dimple to lick.

He regained his composure long enough to nod and smile. Mr. Hero came over to the car door and leaned against the closed window. His eyes were an unnatural green color. Maybe it was just the reflection from the florescent lights? Yeah, that must be it. He pushed the button to roll the window down an inch or so and smiled at his rescuer. “Thank you. I have no idea what that thing was, but I would’ve been a goner if you hadn’t come along.”

Mr. Hero reached his fingers in through the glass and used brute strength to shove the glass down. “Who says you aren’t a goner now?” He grinned before he lunged in through the now open window.