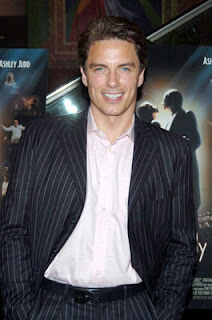 I can’t believe I’ve been posting men in suits for a few months and haven’t gotten around to posting John Barrowman. He’s not only completely yummy, but he also has that delcious smirk that I love so well.

Seriously? It’s not fair how handsome this man is.

You can’t really talk about John Barrowman these days without mentioning his character on Torchwood, Captain Jack. 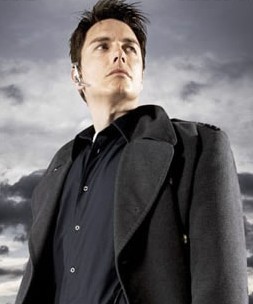 Yeah, I’ll own it. I’m a total Janto fan girl. (That’s Jack/Ianto for those of you who’ve never seen the show.)

And then there’s this…he sings too. Talk about a triple threat.

Whenever I’m writing a particularly heartbreaking scene (one of which appears in my next release, Body Magic), I turn to this song.

Get a hanky handy, cause it breaks my heart every time I hear it.

Hope everyone has a fantastic Sunday!