poppydennison December 6, 2012 December 6, 2012Uncategorized
Today’s Birthday Post comes from the super cool Jase. Most of you know him as slaveboy, one of the moderators of the M/M Romance Group on Goodreads. Jase and I have had some of the strangest, most random conversations. He’s always teaching me something new or making me look at things in a different way. I knew he’d come up with some amazing 12 things list…and so he did!
So Poppy asked me to write a list of 12 things for her. After she frowned on a few of my suggested topics, I decided to offer you all a look inside my odd tastes. (Poppy: Hey, now! In my defense, most of those topics were x-rated!) Now I love looking at model quality men but when it comes to picking a favorite in a movie or a TV show, I usually don’t agree with the average viewer. So here is my list of 12 uexpected people and characters that I find sexy. 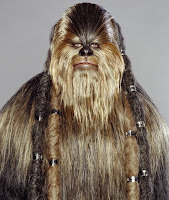 1. Chewbacca. While most are sighing over the rakish good looks of Han Solo, I was checking out his faithful companion. Tall, furry, and fierce! Plus, just think how big his…  In Revenge of the Sith, I found an even hotter Wookiee character!
Poppy: You know, I can totally see you getting off on the giant hairy manimal!

2. Deadpool. Okay, yeah the guy has a melty face but he has a great sense of humor! I would so hit that!
Poppy: I have absolutely no idea who this is. But I’m a little frightened by the idea of a melty face.

3. On True Blood, everyone loves Bill and Eric. I have to admit that Eric and Alcide get me going too. But who would I go for? That Daddy man with the power! Hell yeah! Roman rocks my world!
Poppy: *whimpers* OMG, Yes. Yes, so many many times! 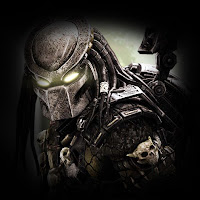 4. In most of the Predator movies, viewers are oggling the military men who fight the crazy aliens. But in Aliens vs Predators, I found myself getting all squirmy for the predator that dies at the end. He’s strong, he’s in control, and he’s a hidden softy. Oh yeah baby!
Poppy: Yep, this is one of those weird and random conversations of ours! LOL. I still don’t get this one, Jase. But I love you! 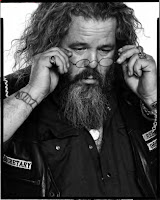 5. The next two are my picks from Sons of Anarchy. Most are all hot for Jax, and he is sexy but not my type. For this show I picked two that I would want together. One is Bobby. He would make the perfect Daddy man. He would want to spoil a boy and would be the greatest at snuggling.
Poppy: Another show I don’t watch, but taking a look at Bobby, I’m not surprised at all that you’d pick him. He’s defininitely in the Jase-Daddy-Man category!

6. Tig. Tig is the kinkiest motherfucker ever and he is so unashamed of it. He doesn’t care if his lovers are male, female, somewhere in between… he isn’t even worried if they’re alive! Matched with Bobby, they would make for one wild ride!
Poppy: I love how you have them paired up for some kinky good times! 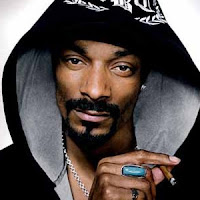 7. Snoop Dogg. Something about this man makes me want to lick him. Maybe it’s that cigarello.
Poppy: Yes, Jase. It’s the cigarello. That’s what it is. *g* 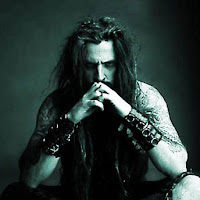 8. Rob Zombie. Jesus Christ that man is HOT!
Poppy: Pretty much the epitome of grumpy man, huh? Look at that intense stare! I’m sure you’d be melted into a puddle of Jase-goo if he looked at  you like that!

9. Raphael from the Ninja Turtles. Grumpy and tough. I used to imagine having a relationship with him…shh..
Poppy: I’m pretty sure your secret is out now….Turtle Power!
10. Disney’s Beauty and the Beast? He as sexier as the Beast! 🙁
Poppy: What big teeth you have! The better to bite Jase with! 🙂

12. On Game of Thrones. Now I think Khal Drogo is hot but who might surprise you that I like? Jeor Mormont, Lord Commander of the Night’s Watch. Powerful and Grumpy. 🙂
Poppy: This one doesn’t surprise me at all. I really need to watch that show….
So now tell me someone that you think is hot that everyone else can’t believe!
Poppy: Well, I happen to develop crushes on sidekicks. Sure, the main character hunks are sexy, but there’s something about the funny man and the smart guy that just flips my switch. Here are two that I can’t get enough of:

Xander Harris: Best known as the human sidekick of Buffy the Vampire Slayer, I was always most fascinated by this guy. Sure, Angel and Spike were sexy, but I imagined them paired with this guy more than Buffy. Spander for the win!

Jack Hodgins: Yes, I like shows with David Boreanaz, but I tend to fawn over the guys in the background more than him. On Bones, whenever the sexy geek Dr. Jack Hodgins is onscreen, I can’t take my eyes off of him. Let’s just say that he melts my butter and leave it at that. *g*