The adorable Geoff Knight always makes me smile. He’s given me some pretty fantastic advice over the past year, and I’m really glad I get to call him friend…even thought he never calls me Poppy. 🙂 He came up with a list for my birthday bash inspired by one of his many  nicknames for me.

12 POPSTARS I’D PILF!
For those who don’t know, when I send emails to birthday gal Poppy I always give her a cute little nickname—Popcorn, Poptart, Snap Crackle & Pop, and my favorite, Popstar. So I thought it would be more than fitting for my list to consist of the 12 hunkiest Popstars I’d like to f**k (PILFs, for short, kinda like a MILF but a lot more fun considering I don’t actually know any Moms I’d like to you-know-what…mainly because I’m gay, surprise, surprise.) Please note though that I’ll be taking a little poetic license and including rockstars and singers from other music genres in this list too, but categorizing them all under the label of Popstar just for my birthday girl Poppy (I’m hoping Henry Rollins won’t sue!). And so, in no particular order:

Adam makes the grade for taking the world by storm, wearing the make-up, blasting some amazing songs and performances, and never pretending to be anything he’s not.

Poppy-It’s the smirk, Geoff, isn’t it? I can never resist a man with a sexy smirk.

The man just DOES NOT AGE! I think he looks hotter now than ever before.

Poppy-Geoff, sweetheart…I love you. Really, I do. More than my luggage. But if you think you’re getting ahold of Bon Jovi before me…well, I will so knock you out. *whistles innocently*

Matt’s music is sooooo beautiful and his songs are so unashamedly romantic and gay, but if you haven’t seen his music clip for The End Of The World, do yourself a favor and YouTube it now!

Poppy-Well, hello there handsome. Why have I never heard of this guy before? I shall go to YouTube and check him out. 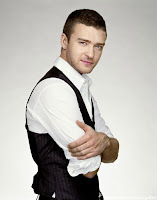 He can act, write, sing, dance and crack a joke… he’s pretty much the complete package, really!

After seeing him live in Evita this year, I fell in love with Ricky all over again! It was like watching the clip for She Bangs for the first time!

Poppy-Great googily moogily. I don’t know this fella either, but I’d arm wrestle you for him, Geoff. And I’d totally cheat. Droooooooooooolllllls with you. 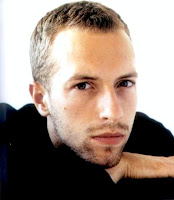 There’s just something about Chris that I find seriously sexy. I think it’s his energy, he seems to have a limitless amount of it. Always a good thing in bed!

Poppy-There is something really sexy about him, isn’t there? Hard to put a name to it, but good in bed works for me! 🙂

Sorry to turn you into an object of lust, Lenny, but it’s all about the body!

Robbie, that bad boy routine wins hands down, every time!

For an independent straight male singer to write a song in the first person called Gay Pirates about a sailor’s undying love for his boyfriend Sebastion, my hat goes off to you Cosmo! Plus you have the coolest name ever!
Poppy-Gay pirates? Seriously? HA! I love it. Another one I’ll have to check out. And his name is awesome!! 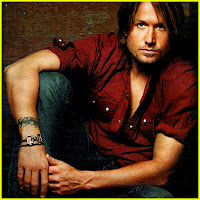 It’s all about that naked photoshoot he did with just him and his guitar! If you haven’t seen it, google it now!

Seriously, those eyes! That hair! The cute way he never smiles but his lips curl up just a little around the edges! YUM! 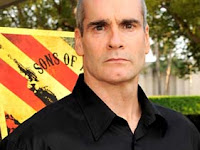 Poppy-Oh, he’d totally break you, but it would be very hot. Hey, how about I make a deal with you Geoff? I’ll take Bon Jovi and you can have this guy. That’s fair. *nods*